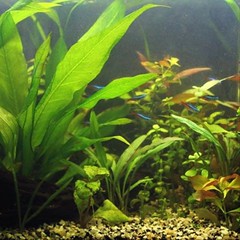 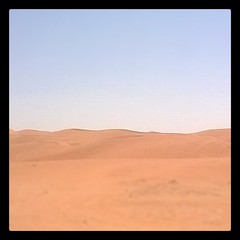 The buzz is that today’s Windows Phone Summit, which will happen in a few hours, will be about Windows Phone 8, also known as Apollo. I am totally excited about that prospect and hope it is the case. Assuming that it is what could we expect from the event? Judging by the leaked details and the alleged screenshots we might see some of the following things later today:

One of the things spec geeks point out as a weakness of Windows Phone is the lack of multi-core support. That is bound to change as Apollo is reportedly going to support them. Although Windows Phone 7.5 already works swimmingly on current single-cored handsets, having additional cores could boost device performance especially with CPU-heavy tasks.

Multi-core processors could also make Apollo’s multitasking implementation worlds better than what we currently see. My guess is that we might see some multitasking features borrowed from Windows 8 such as swiping to switch between open apps. Don’t expect to see the snap feature though as the screen is too small for that although I’d be very surprised it Microsoft actually finds a way to make that happen.

Current Windows Phone devices have one limitation that I find very sad – lack of support for HD displays. A lot of us Windows Phone aficionados probably feel the same way. I’m sure the Metro interface would benefit much from beautiful high pixel density displays. Watching videos and viewing websites and photos would be a much better experience with them. A Windows Phone with an HD screen would be very thrilling if not just drool-worthy! Microsoft, you must make it happen!

With Microsoft’s acquisition of Skype we just kinda knew this would happen sooner or later. Microsoft’s current implementation of Skype for Windows Phone 7.5 is rather poor. Apollo is said to have a more deeper integration with the communication service. Calling Skype buddies might become as simple calling them from the People app. Since we can expect better multitasking in the next iteration of Windows Phone we could have a better experience with the service on Apollo and that’s something to look forward to.

Apollo could look different to Mango. The changes might also be subtle. We just can’t know for sure at this point in time. One thing I would expect to see though is some user experience tweaks that would be inspired by Windows 8 such as multitasking gestures, charms and such. The search functionality might change to something similar to Windows 8’s implementation – that is, it would be more universal too.

One of my gripes with Windows Phone is that it’s a media-centric operating system yet it severely lacks mass storage expandability! Windows Phone 8 is rumored to have microSD support – a feature I’d be very happy to have! With an extra microSD, Music+Videos would be so much more enjoyable. I’d be able to take more photos and videos, take more of my media wherever I go. It’s just something that makes sense to have so I hope my next device has it.

Microsoft just announced Xbox SmartGlass which would surely get Windows Phone 8 into the mix. Imagine going home listening through your tunes in your Windows Phone 8 device. You then switch on your Xbox 360 or Windows 8 computer and continue playing music through your home entertainment system with a simple push of a button. I’d love to see something like that and hope that SmartGlass makes it happen.

I have written the above from a consumer perspective and I hope to see them in Apollo devices. I am aiming to purchase an Apollo device when they get released (most likely one from Nokia because their designs are bad-ass) so I wish I get what I want that for sure other people would be happy to have. At the moment I won’t wish for too much. The above are my bare essentials! 🙂

One thought on “Wishful thinking: What I want to see on Microsoft’s Windows Phone Summit”

Windows 8 releaseOctober 26, 2012
Windows 8 is now available to the masses!